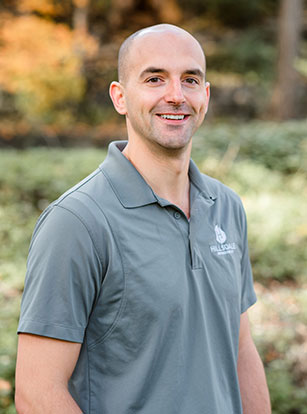 Dr. Brian Potocki grew up outside of East Lansing, Michigan. Following his family tradition and a strong love for the maize and blue, he attended the University of Michigan. After achieving his undergraduate degree in Biological Sciences, he was accepted to the University of Michigan School of Dentistry, where he earned his Doctorate of Dental Surgery. From there, he chose to serve his country, continuing his career as an Officer of the United States Air Force.

Dr. Brian completed an Advanced Education in General Dentistry Residency at Wright Patterson Air Force Base in Dayton, Ohio, before serving three years as a general dentist at Cannon Air Force Base in Clovis, New Mexico. Upon the completion of his service with the Air Force, he was accepted to the orthodontic residency program at Case Western Reserve University School of Dental Medicine, achieving his certificate in orthodontics and a Master of Science in Dentistry.

He is excited to be taking over for Dr. Mayers and looking forward to becoming a part of the community.